I am on the way back home from NYC following three days of intense recording sessions of two Mozart concerti arranged for piano and string quintet. This recording, for the Naxos record label, was with the critically acclaimed Fine Arts Quartet and bass player Alexander Bickard.  Many thoughts go through my head at the moment. To put it mildly, could I have played better?  This music is “better than could be played” as the legendary pianist Artur Schnabel so vividly asserted. Should this liberate me then from such thoughts? Of course I could have played better. It can always be better. But, knowing that a recording is a snapshot of a particular moment in time, of a particular moment in an artist’s infinite musical journey, could I have played this music better today?  Recording, as I slowly and reluctantly came to understand, is a very powerful and most important learning tool. The process of preparing for it as well as the actual process of doing it is an experience that adds an invaluable level of understanding and internalizing of a piece! 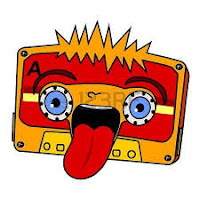 I would not record a piece before I get a chance to perform it multiple times on the stage. Experiencing a piece on the concert stage is one of the most important lessons in the pursuit of unveiling one of the most important aspects in the art of music - that which we call time. We can only experience time when we perform in actual time!   Consequently, recording a piece before performing it is out of the question. And yet… recording a piece for a CD adds a very important layer of insight and intimacy to the process of learning. Are these insights unattainable during performances? Is it necessary to record? Why? What are those insights?

As I mentioned, experiencing the music in real time at a concert is one of the most important lessons, if not the most important lesson, when getting to know a piece. Performing a piece on stage for the first time is, if I may say, a necessary evil. Several times in my life I postponed a first performance of a piece due to insecurity and strong feelings that I needed more time. Chopin’s 24 Preludes is a prime example of such a piece that I kept postponing going on stage with. Looking back, that was a mistake. A first performance will always be a first performance, even if postponed by several weeks, months or even years! A first performance is the stage of transitioning the piece from infancy to beginning of maturity. It is literary crossing a major threshold.  Once I performed the Preludes for the first time, it completely transformed. That first performance left much to be desired, but that which was left to be desired was much more within reach once I performed it, and not before. Similar resistance to first performances I get with late Beethoven or Schubert as well as other monumental works. Going forward, we perform the piece again, and then it is very important to leave the piece and learn other things. A few years go by and we take it again, having gained new perspective. We perform it again… and leave it again. The great pianist Radu Lupu told me once that he didn’t feel he knew a piece until he went back to it six times! 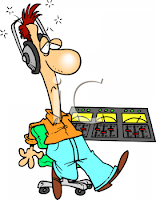 Now we come to the actual recording. Three 6-8 hour days of playing through the music multiple times, listening to the outcome, then playing again with particular concentration to the observations made by the recording engineer, my colleagues as well as my inner-self. Listening again - what’s gained, and what’s lost? Recording small sections, trying a different balance, greater dynamic contrasts, perhaps different tempo - slower? faster?  The intense back and forth between artists, recording engineer and a microphone is exhausting. One feels exposed to the core. The piece is also being exposed to its DNA before you. These are very intense hours. The recording finally comes to an end. I still ask the recording engineer to listen some more after everyone has left. Just to make sure… The level of insight gained - nuances, subtleties, possibilities - is greater than has been reached so far.  As a result, now is the time to perform these pieces! Now it is ready to be heard. So what were all these previous performances. Were they good at all?

A number of interesting surprises during the sessions made me reevaluate my sense of judgement when performing:

One of the most common yet always confusing misjudgments in a performance in general, let alone a recording, is that of tempo - speed. Time and again what sounded full of vitality and life when playing at the concert, ends up sounding rushed and unnecessarily hectic when listening to the recording of the concert. The same holds for a recording - the last movement of one of the concerti felt great even if somewhat too comfortable during the playing for the microphone. It ended up sounding rushed and without any sense of elegance or style when listening behind that microphone! Also in a slow movement what seemed very slow during the recording session, sounded not slow at all when listening to it. 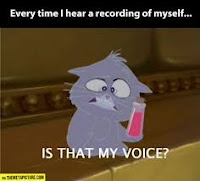 Another revelation revolved around the musical ideas - In the desire to bring out a certain character of a particular tune one tends to take time here and there with the goal of highlighting this or that. Music is “the art of time distortion”.  Going back again to listen, this “time distortion” was blown out of proportions when sitting behind listening to what I tried to convey. Can it really be that I exaggerated so much? This didn’t sound like a character but rather a caricature of a character!

An opposite outcome occurred in the realm of dynamic range. What sounded pretty varied and wide in terms of dynamic range playing to the microphone, sounded narrow and one dimensional listening to what came out. Scary! Can it be that the recording actually irons out dynamic contrasts? Or is it me? I mean us!!  How different is it playing to an audience than to the mic?  Glenn Gould of course will argue that it is much easier and more natural to play to a microphone. He used to say “I prefer to convince one mic rather than a 1000 souls.” Should I alter my playing then when playing to a mic or playing to an audience?  Should it be any different, and why?

One should always be sensitive to the space that one plays in and be flexible enough to adjust. We play in different halls and on different pianos all the time. Each hall has a different acoustic. In each hall the sound bounces differently. It travels differently. Needless to say different pianos will have a profound impact on the performance. We should be able to understand and feel our surroundings and the instrument in order to serve best the music that we perform. Having said all that, does a recording distort what we play or is it truly an aural image of what we do?  I cannot answer that definitively. However, I can say without a doubt that to the art of performance we need to add the art of recording. It is different - the preparation as well as the process. The end result will bring us another step closer on the never-ending climb up the mountain to understanding the next piece we have been struggling with, and trying to ultimately give our best… snapshot.
Posted by Alon Goldstein at 10:50 PM