I made my orchestral debut when I was 18, playing Rachmaninov's 1st piano concerto with the Israel Philharmonic Orchestra under the baton of Zubin Mehta. Needless to say how exciting that was: the sense of achievement, of fulfillment - reaching for the stars and then touching one. I was completely intoxicated by the whole experience and contemplated pursuing a career playing just one piece... the Rachmaninov 1st. After all, I played it quite well, and also I did not know much else.

Jumping ahead a few years (twenty-three to be exact) and about three dozen concerti, I was reminded of that thought when touring Latin-America with the Israel Chamber Orchestra conducted by Yoav Talmi.

For nearly one month I enjoyed a superb career playing only two pieces - Beethoven's concerto no. 2 and Mendelssohn's concerto no. 1. Sixteen concerts, starting in Tel-Aviv and continuing in Mexico (two concerts), Guatemala, Costa Rica, Columbia, Peru (2), Ecuador (2), Argentina (5), and Uruguay.  All of the concerts were in the major halls of the major cities including Teatro Colon in Buenos Aires, Palacio de Bellas Artes in Mexico City, Teatro Nacional in San Jose, etc.

Several stretches of this tour turned out to be: playing in Guatemala City, flying the next morning to San Jose (Costa Rica) and playing that night, flying the next morning to Medellin (Columbia) and playing that night, flying the next morning to Lima (Peru). My "job" was to be at my very best sixteen times in order to serve Beethoven or Mendelssohn (as to be at their service), as well as serve to the public Beethoven or Mendelssohn (I am also a waiter in some sort of way). All I did was Eat, Play and Fly. There really was not much sleeping involved. And yet, in many ways it ended up being much easier than the "normal" erratic concert schedule when one plays once or twice each week usually different repertoire.

I had no time (zero, nada, zilch) for anything but what I came here to do - perform B&M. No e-mails, no voice messages, credit card statements, traffic jams (we cruised through traffic with the help of the local police in Medellin and Lima), or any other 21st century improvements/distractions.  The level of concentration was at its highest, constant adrenalin, getting into the rhythm of performing. It was a continuous state of euphoria. This was one of the most rewarding music experiences I have ever had.

Performing sixteen consecutive times with the vibrant and wonderfully supportive Israel chamber orchestra under the commanding hand of the venerable conductor Yoav Talmi allowed for a degree of insight and intimacy that I have rarely felt. The possibility for experimentation and exploration, risk taking and stretching the boundaries was enormous.

* Should I launch onto and bring out the dramatic side of Beethoven right at the opening statements of the concerto, or should I play with a Mozartian elegance and leave the dramatic aspect more to the outrageously daring Cadenza?

* How far can I push the limits of the operatic scene in the second movement of the Beethoven? Perhaps each day I can give the role to a different singer?

* Can I totally change each appearance of the Rondo theme of the third movement, or should I "try to get closer to how my inner-ear would like it to sound" as my legendary teacher Leon Fleisher would have said?

* Can I really joke around in the last movement of the Mendelssohn concerto, while even adding a few ornaments?

* How about giving the First movement of the Mendelssohn a Lisztian flair?

All these questions and countless more were "up for grabs" or rather "up for trying out". What ecstasy!

Feeling at home on the stage, challenging and being challenged by the warmth and wit of Maestro Talmi; Making chamber music with the whole orchestra; And above all, being proven yet again that Music has a power of communication like no other. The music of Beethoven and Mendelssohn have not only transcended time and survived over centuries, it has also transcended place and touched the people of Guatemala, Peru, Ecuador or Columbia, just as profoundly as in any other parts of the world. We all witnessed it, and were privileged to have taken a role of ambassadors - ambassadors for music, for dialogue, for friendship, for multi-culturalism.

At the beginning of the tour I was excited every day we had a concert. As we approached the end. I got excited when we had a day off...

Now, it is time to move on, but I want to linger just a little longer. I want to savor the moments, perhaps even write about them, talk, share, and most of all start dreaming about the next tour. 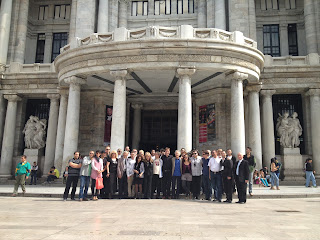 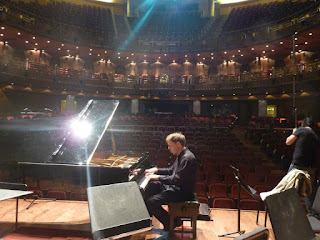 Inside the hall warming up just before the concert 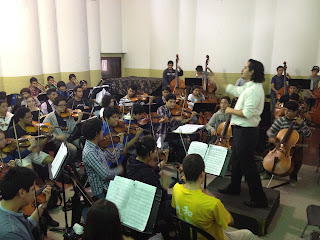 My second visit to see Il Sistema in action in Guatemala City, Guatemala 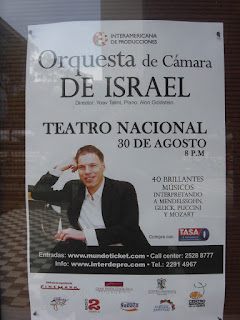 The add for the concert in Teatro Nacional in San Jose, Costa Rica 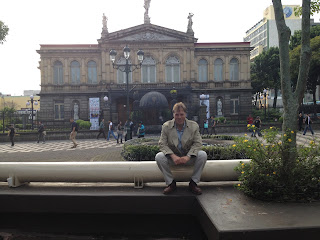 In front of Teatro Nacional in San Jose, Costa Rica 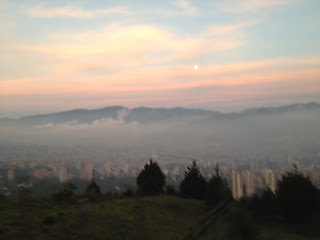 This (and the concert) is pretty much what I remember from the 12 hours we spent in Medellin, Columbia 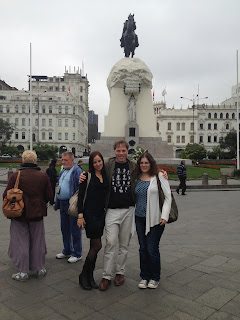 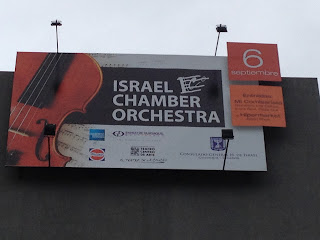 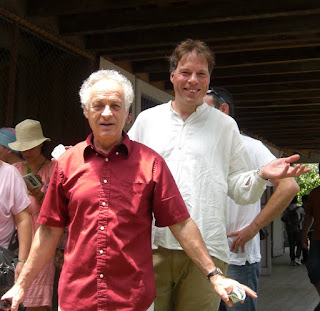 With Yoav Talmi in a moment of profound concentration 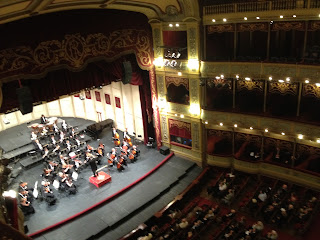 The beautiful hall in Cordoba, Argentina during the second half of our concert 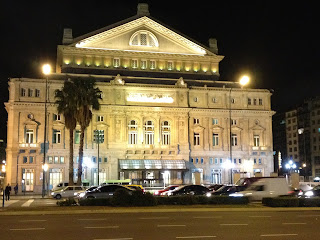 Teatro Colon at night - This is It! 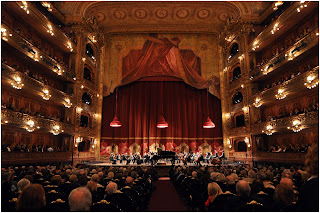 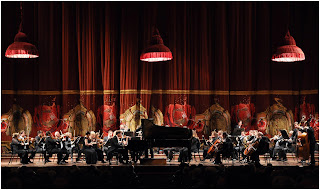 I had to add one more 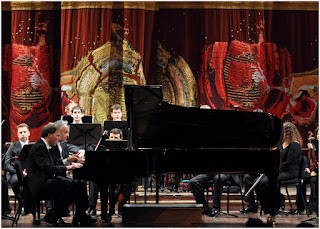 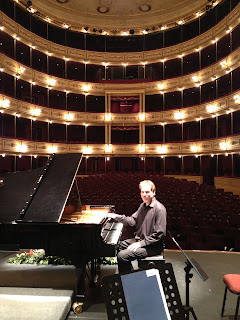 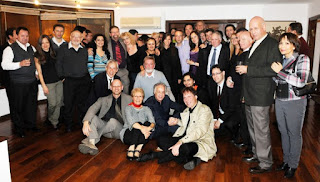 One last goodbye together in Montevideo, Uruguay (after the concert)

Thanks for sharing, Alon... this sounds like a great trip you had
Hannah

This sounds amazing. Wish I could have caught one of those concerts.