This is the forth and final part of the journey to find 24 "musical" thoughts and after-thoughts, middle-thoughts and Pre-thoughts after Chopin's beloved and yet enigmatic Preludes.

19) With such a pastiche of 24 miniatures, one is compelled to try all sorts of directions for inspiration and imagination. I often find it helpful to orchestrate as my interpretation evolves. For example the surging melody in the left-hand of the b minor prelude (no. 6) might be beautifully conceived on a cello. The texture of the chords in the c minor prelude (no. 20) reminds me of brass. The soaring beauty of the cantilena line in the B flat major prelude (no. 21) could be played on the flute. However, what is extraordinary to me is how idiomatic Chopin's music is. It belongs to the piano! Thinking, imagining, referring to other instruments might add greater nuance to one's playing. But whenever I heard such realizations of Chopin's music on other instruments - whether strings or winds - the music sounded very weak, timid and ultimately unconvincing. Can it be that as great as Chopin's music is, it only sounds good on the piano? 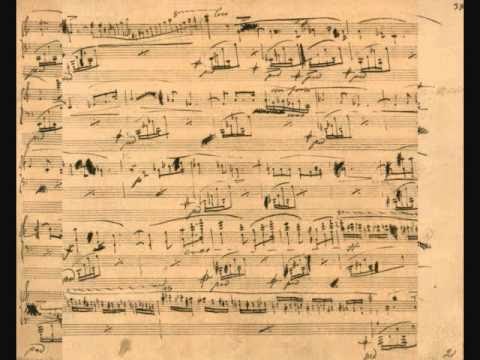 20) The preludes are at once similar as well as strikingly different. While the differences seem obvious, the similarities are more implicit, hidden. Take for example preludes nos. 2, 3 and 24 - all three exhibit a left-hand obstinate that governs the entire piece. ostinato also sets its tone. In all three preludes the left-hand pattern also begins a few bars before the melody enters. And yet how obviously different these preludes are. Such inner-connections are in abundance throughout the whole set.

21) While the preludes are so different in character they are also incredibly varied from a technical point of view: the child like simplicity of the A major prelude (no. 7) is at times taught to amateur pianists while the gargantuan b flat minor one (no. 16) is among the most difficult compositions Chopin ever wrote. I once taught the very slow pace chordal c minor prelude (no. 20) to a 9 year old, and yet, I would never attempt to even introduce the same pupil the immensely difficult (especially when the hands are still cold) G major one (no. 3). The reason for such drastic variety lies in the fact that Chopin's technical demands always serve a much greater purpose. Unlike some of his contemporaries (i.e. Liszt) who could enjoy the showmanship aspect of technical difficulties, Chopin did not write technical difficulties for the sake of exhibition. In the preludes the difficulties are part of the music, part of the DNA of the piece, its essence and message. 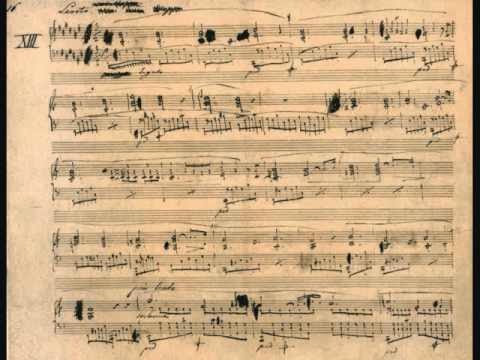 22) The composer Robert Schumann was known to have had the gift to sketch in music people that he knew - a portraitist in music. His Carnival op. 9 is the example where several of the movements have names such as Paganini or Chopin.  The Preludes of Chopin, being so many different things, are also influenced by and as a result paint a sketch portrait of a wide range of composers - the elf-like lightness of
Mendelssohn (10); the lied-like with brook-like texture of Schubert (13); the tour-de-force virtuosity of Liszt (16, 24); the coloratura of Bellini (21); A Bach homage and a Bach choral (no. 1 and no. 20); emblematic ambiguity of Schumann (14, 23); and what about Mozart his idol, or Beethoven, even though he did not like him. The subconscious work in mysterious ways.

23) And if we bring up other composers, then what about the ones that came after Chopin’s death and were highly influenced by the Preludes - Faure, Szymanowski, Scriabin, Debussy, Rachmaninov and Shostakovich among others. Interestingly Chopin had a profound impact on Russian music. The Russian public was introduced to his music as early as 1829 in a concert in St. Petersburg. The genuine clarity and beauty of Chopin’s melodies, the deep sadness, tenderness and melancholy of his music greatly touched his listeners in Russia. The audience as well as the critics saw him not only as a pianist and composer, but also as a genius poet. The way Chopin incorporated national dances into his music also captured the Russian interest.  With the composer Karl Szymanowski the influence obviously is the direct link to the Polish national school of piano. In my humble opinion though, if we were to draw a line from Bach’s WTC to Chopin’s set, then the next line should be to Debussy’s two books of Preludes! In their originality, inventiveness, new ideas, use of dynamics, finger articulation, use of pedal, motivic development, amorphic shape, emotional range and much more, the Debussy Preludes are as revolutionary as the Chopin’s!! 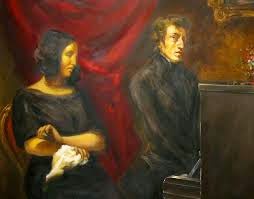 24) The last words have to be given to none other than George Sand - the woman that causes so much inspiration for Chopin, together with anguish. Sand described the preludes as “most beautiful of short pages, which bring to mind visions of deceased monks, the sound of funeral chants, melancholy and fragrant. They came to him in time of sun and health, in the clamor of laughing children under the window, the far away sound of guitars, birdsongs from the moist leaves, in the sights of the small pale roses coming in bloom on the snow… while charming your ear, they break your heart… Chopin’s genius was filled with the mysterious sounds of nature, but transformed into sublime equivalents in musical thought… The gift of Chopin is the deepest and fullest feelings and emotions that have been existed.”

An Epilogue…sorry an Epi-lude:
The Preludes of Chopin are a fountain of inspiration, a wealth of ideas that, having an important place in the music literature. For their brevity, ingenuity, originality, wit and poetry, they constantly attract musicians and audience alike. The most Romantic of composers disliked this association altogether. His music wasn’t inspired by literature or paintings as some of his contemporaries such as Liszt or Schumann. Whereas Beethoven turned the piano into an orchestra (or string quartet at times), and Mozart was bringing to life an opera at the piano, Chopin completely and wholeheartedly conceived his music solely for the piano. In no other single piece that he wrote his genius is more conspicuous as in the set of 24 preludes Op. 28. Even-though these are miniatures, they encompass tremendous emotional power. With seemingly inexhaustible variety of moods and ideas and an endless supply of beautiful melodies the set stands along the great achievements of human creation and vision.

Posted by Alon Goldstein at 5:22 AM

I placed my guitar fix abilities to work restoring and fixing acoustic guitars. Further, I do a median setup for brand new guitars. I can restore headstocks which have been damaged off, refret and do neck units.

Bet365 Casino offers a diverse range of traditional table games, jackpot slots and stay on line casino games all within an business leading games foyer. Caesars on line casino is a legendary brand that has repeatedly appeared in Hollywood motion pictures. As such, it casino.edu.kg is no surprise gamers can discover big assortment of slots and table games.